Act as a “link” between companies, initiatives and institutions that promote Sustainable Development, in order to connect the sector’s stakeholders and foster public/private partnerships (SDG 17)

The strategy is integrated into the business and linked to other initiatives rolled out by the industry to stimulate innovation, safety, quality, energy efficiency and sustainable transport.

SERNAUTO’s Sustainability Strategy covers concrete targets set by the SDGs where the industry has a direct impact.

While the industry’s companies indirectly contribute to most of the goals, SERNAUTO has decided to focus on six SDGs where automotive suppliers play a direct role: 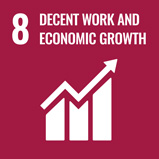 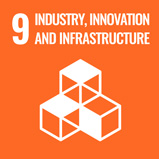 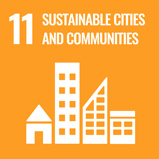 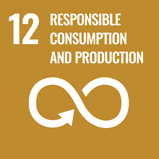 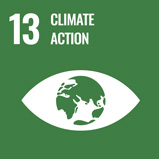 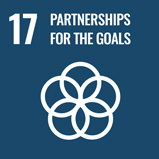 Spanish automotive suppliers, represented by SERNAUTO, directly employ over 230,000 people in Spain and more than 370,000 directly and indirectly.

The direct employment jobs are high quality and stable (85% open-ended contracts) and are located all over the country, contributing to the social welfare and economic development of regions at risk of depopulation.

In addition, this industry also boasts production plants and R&D&I centres in over 35 countries, which creates jobs and boosts economic growth in these regions. The same labour standards and health and safety policies applied at Spanish sites are also adopted abroad.

The sector is comprised of large Spanish industrial groups, foreign multinationals firmly established in Spain and a multitude of mid-cap companies and small to medium-sized enterprises. Thanks to the value chain generated in this sector, SMEs can grow and become well-established both locally and beyond Spanish borders. The large companies, on the other hand, build extremely beneficial momentum for the entire supply chain.

The automotive sector creates a huge knock-on effect for the rest of Spain’s industry. Specifically, for every euro of its demand, the components sector generates 3.10 euros in the economy as a whole.

The automotive suppliers have successfully formed a solid, competitive and sustainable industry in Spain, making a considerable contribution to the country’s economy and society. Its revenue of more than 37,000 million euros provides over 3% of the Spanish GDP.

The Spanish components suppliers also generate quality jobs where they operate abroad and contribute to the local GDP.

Spain’s automotive components suppliers are huge investors in R&D&I, keeping the industry at the forefront of technological innovation and enabling manufacturers to operate with the highest quality and safety standards. The sector invests over 4% of its turnover in R&D&I (more than 1,500 million euro), three times the average for Spanish industries.

In recent years, the Spanish components industry has become a leader in process innovation thanks to the introduction of new technologies into production processes, boosting efficiency and sustainability.

This industry is a model for the implementation of the 4.0 Industry and is pushing the small to medium-sized enterprises of the value chain to bring on board technologies based on automation and digitalisation to optimise their processes and resources.

The automotive suppliers sector is deeply committed to achieving the climate-neutrality targets of the Paris Agreement, contributing technology and backing an efficient and effective regulatory framework that allows the employment and competitiveness of a vital part of European industry.

Spain boasts a well-established automotive industry that employs 2 million people (directly and indirectly) and has been a long-term investor in the development of systems and technologies that have led to a significant reduction in emissions. For decades, the entire value chain of the Spanish automotive industry has been strongly investing in R&D&I to offer increasingly cleaner and more efficient vehicles to the market.

Automotive companies manufacture quality systems and components that offer top performance and, when assembled in vehicles, make a considerable contribution to road safety. We must not forget that suppliers contribute 75% of the vehicle’s value.

Preventative maintenance and adequate upkeep of vehicles, along with building in technological advances focused on safety, have become key to reducing road accidents and minimising damage caused. SERNAUTO runs an important public awareness campaign to stress the importance of responsible maintenance of vehicles and updating fleets to better road safety and the environment.

As part of a fiercely competitive global sector, automotive components suppliers set an example in installing waste management systems at their production plants and over the useful life of vehicles, as well as in optimising processes for energy efficiency and applying a circular economy, etc..

SERNAUTO encourages companies to install sustainable production systems that minimise the impact of their activities on the resources of the local environment.

SERNAUTO is a partner of the European E2DRIVER project, a platform that trains SMEs on energy efficiency. Thanks to this project funded by the European Commission under the Horizon 2020 programme, companies are made aware of the numerous benefits of energy audits and are provided with the information and tools needed to implement energy saving actions at their facilities.

Due to the industry’s commitment to climate neutrality, more and more suppliers are upgrading their business strategies with targets and actions related to new mobility: sustainable, connected and automated.

As suppliers of over 75% of the vehicle’s value, for decades the Spanish automotive industry has been strongly investing in R&D&I to offer increasingly cleaner and more efficient vehicles to the market. Spain’s automotive suppliers manufacture equipment, components and systems for all powertrain variants, including electrical vehicles.

In addition, automotive suppliers are guided by the principle that “every little counts”. All technological options for reducing emissions should be promoted with a holistic approach focused on improving efficiency as a whole, including eco-innovations (efficient technologies that reduce emissions but are not reflected in the test cycle), lightening the weight of vehicles, aerodynamics and low-carbon synthetic fuels (the deployment of renewable fuels reduces the emissions of the entire fleet). And even take a step further towards a well-to-wheel approach or life cycle assessment to consider the total carbon emissions of road transport as methodologies that provide a fair comparison of the different energy sources and the various powertrain technologies.

SDG 17 “Partnerships for
the goals”

SERNAUTO has always been aware of the “power” of partnerships to tackle the challenges we face, hence the spirit of collaboration that reigns in the association both internally (with its task forces driving the agenda) and externally where it leads strategic partnerships such as Move to Future, the Spanish Automation and Mobility Technology Platform.

The aim of this platform is to act as a development and monitoring tool for initiatives between the different players that are working towards innovating the industry in Spain. It also strives to build a culture of innovation and a common line of action aimed at raising the competitive level of companies so that they can tackle approaching challenges using research, development and innovation in productions and processes.

The partners involved in this public/private sector platform include representatives of public administration, vehicle and components manufacturers, technological centres, research centres and universities.

Likewise, SERNAUTO is a member of many other associations, consortia and projects at both national and European level.

FIND OUT MORE ABOUT THE
SUSTAINABILITY COMMITTEE

Discover how to become a member

of the value of the vehicle provided by suppliers.

billion euros turnover in the components sector in 2017.

of suppliers turnover is invested in R&D&I

Dont miss out
on our news